I've opened the garden, opened the nurseries and assembled the garden. In this post, we plant the first round of seeds, set them in the nursery and wait for them to grow. Let's continue on this new hydroponic journey with the Rise Gardens indoor garden.

In my post about opening the nurseries, I had pictures of what the seed pods look like. These pods fit very easily into the pod holders and then slip into the nursery trays. With the variety packs and first round of seeds we received, it was time to pick what to plant first.

The first decision we made was that we wouldn't try to grow everything all at once. I can only eat so much lettuce or so many peppers at a time. I don't want everything ready for harvest all at once. So, we had the kids fill one nursery while we filled half of another.

Our initial selections were tomatoes, peppers, two types of lettuce, some chamomile, and basil.

The kids filled their nursery. We recorded which plant was which in the Rise Garden app, filled the water level as appropriate, and set it in the sun. 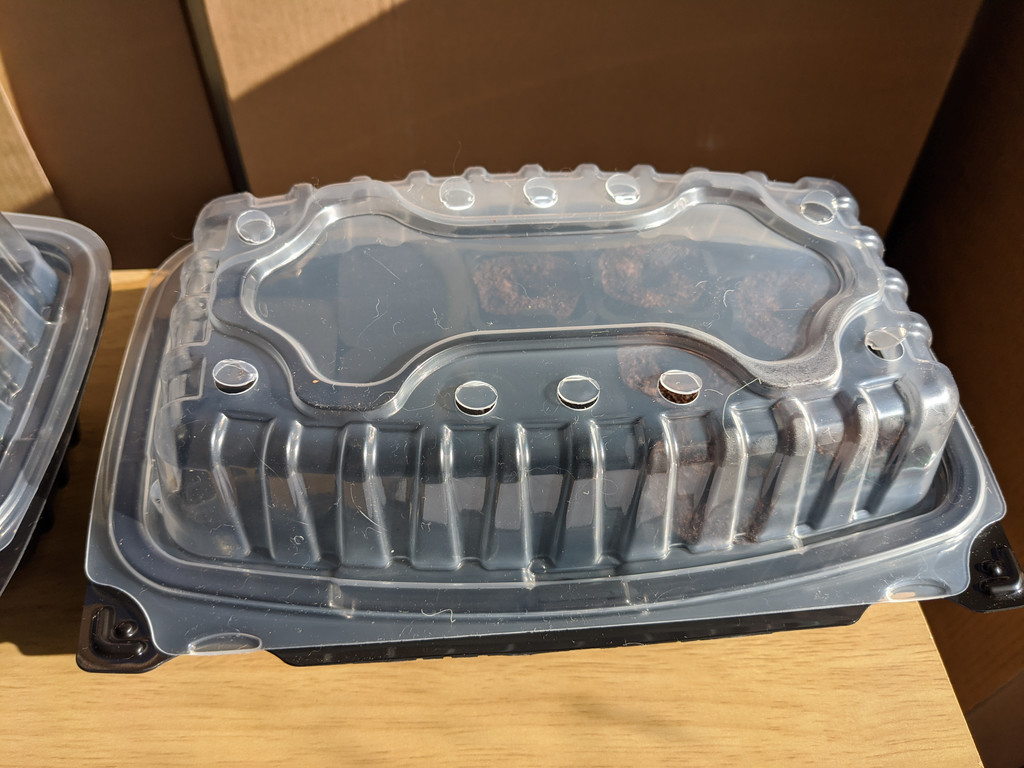 We planted half a nursery's worth of plants, filled the water level, and set it in the sun.

With everything planted, we updated the app, and started waiting. Let's see how these grow! 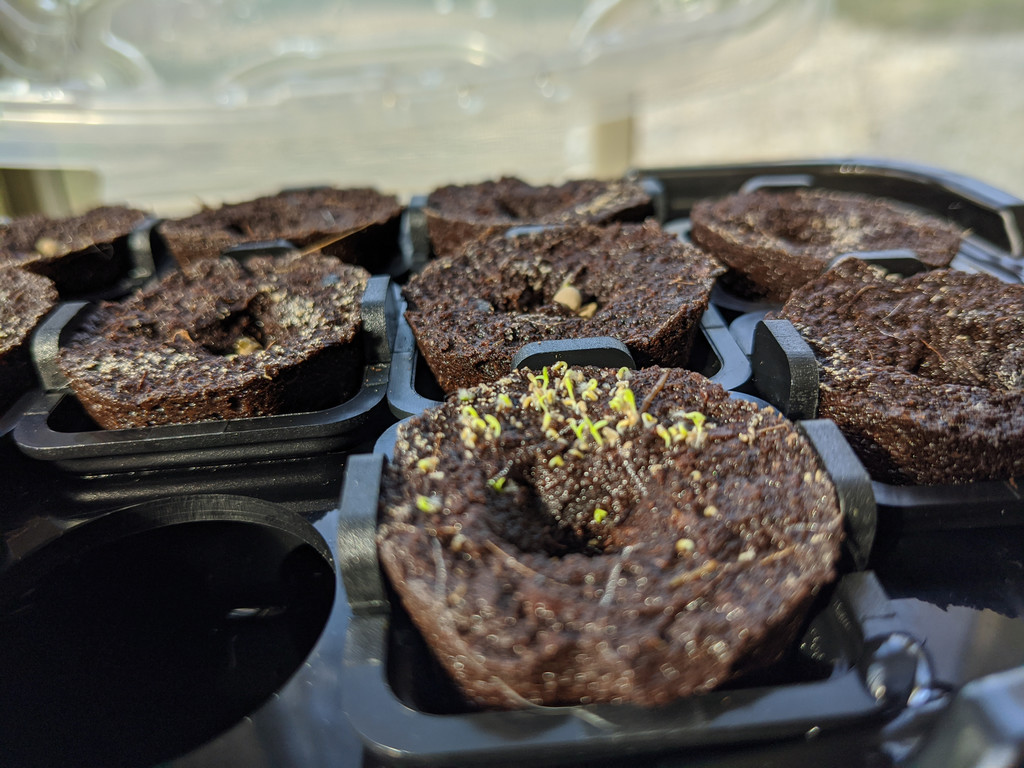 Each morning the kids ran down to the nurseries and looked inside eagerly to see if anything had grown. On day three, we saw our first sprouts - chamomile. The kids were excited because this was in their nursery. 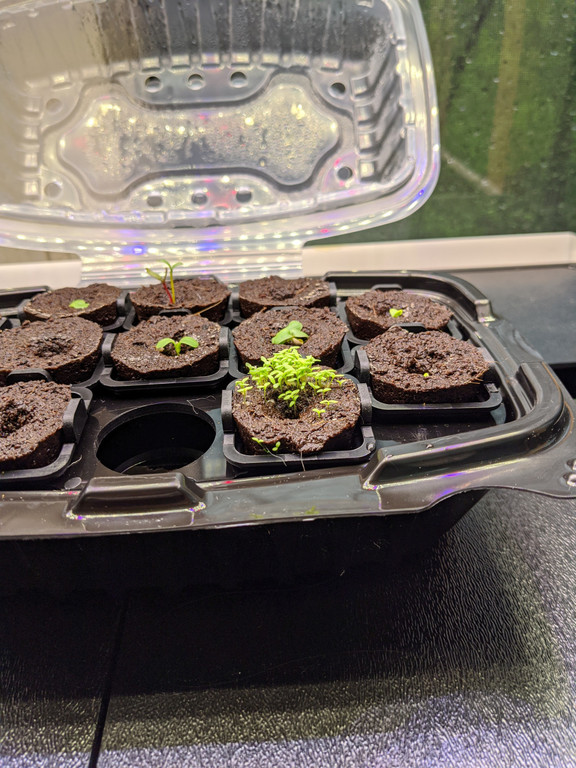 On day six, the kid's nursery had several sprouts. In the image above, you can see a couple lettuces, some swiss chard, the chamomile, and a small tomato sprout. 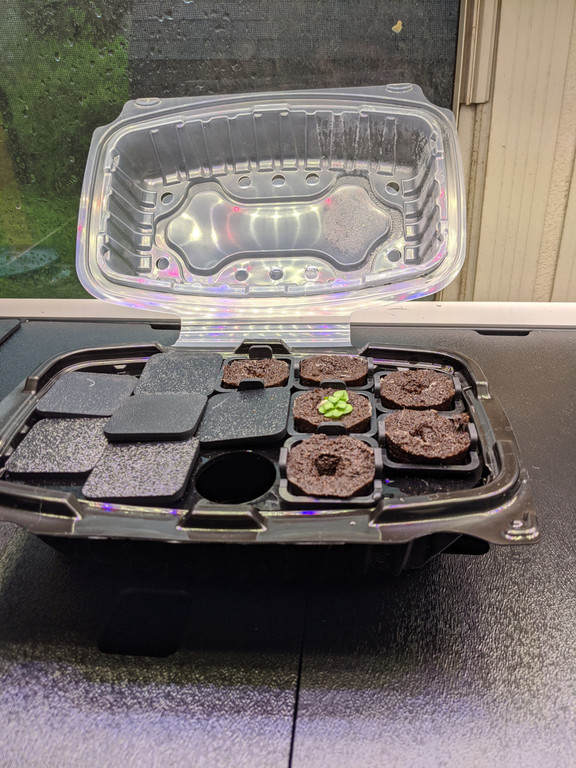 The adult nursery was much less green. We have some lettuce.

Ten days after the initial pods were put in to the nurseries, we had sprouts that were touching the roof of the nursery. I figured it was time to transplant some of the more mature ones. Even though we were a week and a half later, there were not sprouts in all of the pods. We didn't transplant those. 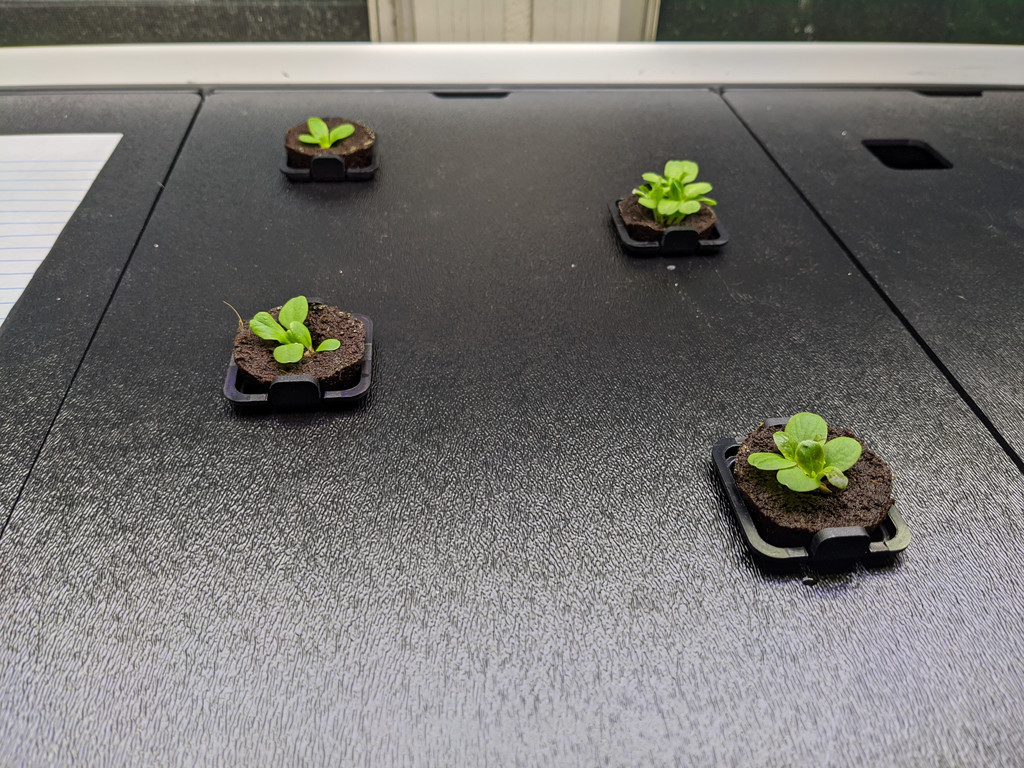 Here, we can see the lettuces transplanted to the top layer of the garden. Lettuce doesn't grow tall, so it doesn't need the extra space provided on the bottom layer. It's also a single harvest, and should grow relatively quickly. We figured the top level would be great for the faster cycling plants.

We stuck the larger plants - swiss chard, tomatoes and peppers - on the bottom level and left anything else for the middle.

In total, eleven out of 18 pods were transplanted. The other 7 didn't have sprouts yet. The hope is they will in a few days. If not, that's a fairly high failure rate and we'll have to figure out something else to plant.

With the first round of plants in the garden, each of us picked one additional pod to plant and added that to the nursery for the next cycle.

We've finally made it to the garden. Unfortunately, the next step - harvesting - is a ways off. Even the fastest plants are at least a month or more away. That's fine though, by the time we can start harvesting, we'll be ready for it.

I'm a little concerned about the number of pods that didn't sprout. It is our first attempt though, so maybe it was a combination of which plants were together and which took in more water. We'll be experimenting with different groupings.

The kids continue to be super interested in this, which is exciting to see. They've grown attached to some of the plants they've never eaten before, both in the current round of plants and in the plants now in the nursery.

Next in this series is my impressions so far, along with a set of changes that would be nice to make the product even better. This will cover both the physical hardware and the electronics/automation side too.