It's important that companies evaluate their engineering candidates appropriately when they are hiring. Do other areas of your company evaluate their potential hires by restricting access to tools they'll use to perform the job? I suspect not. Why do the same to your software engineers?

AI Tooling - things like GitHub's Copilot and now ChatGPT - are tools that your engineers can use to do their job. During the hiring process, engineers should be evaluated on the skills they have, and that includes the ability to utilize all available tools. I expect AI assistance to be come as common place as using Stack Overflow to solve a problem. ChatGPT, Copilot, and any future tools doing similar tasks are going to be used frequently in the near future.

In this article, I'm testing ChatGPT against one of the most popular coding assessment services: HackerRank. I've already covered other assessment services like LeetCode, TestGorilla, CodeSignal and Codility in this series. I recommend taking a look at those too.

To the engineers that have found this post and are looking for solutions to your coding assessments, I want to warn you, ChatGPT is an assistant. Think of it as a junior level engineer. You may need to check it's work. ChatGPT is known to be inaccurate, which is why it was banned on Stack Overflow. Don't take it's responses as gospel. Evaluate the responses and make improvements as needed. You'll see I had to do that a couple of times with the questions below.

First a disclaimer: I was Director of Engineering at Woven Teams in 2022. Prior to that, I was a customer of Woven for over two years. HackerRank is mentioned multiple times in the Woven blog and is a competitor to Woven.

Final note before I begin, HackerRank presented a couple annoyances during this test because they use LaTeX formatting in their prompts. Simply copy and pasting prompts to ChatGPT was not possible, because key parts of the problem would be missing. This meant that I spent several minutes per prompt cleaning it up and reinserting the LaTeX characters in plain text. This accounts for the higher solve times compared to the competing services in other articles.

I selected a random Medium difficulty Python question for my first prompt: Triangle Quest. This one was unique in this series of tests. The expected solution was to add only a single line of code and I could only use arithmetic operations, a single for loop and print statement. 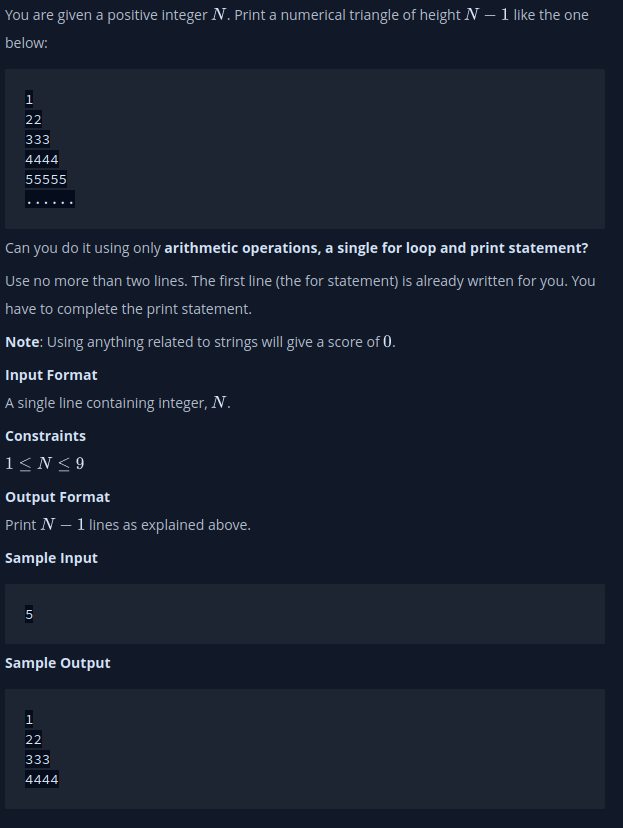 As previously mentioned, there were a few LaTeX things to clean up, but then ChatGPT returned a single line of code to add to the for loop provided. The whole code is:

I submitted the code and passed all test cases. 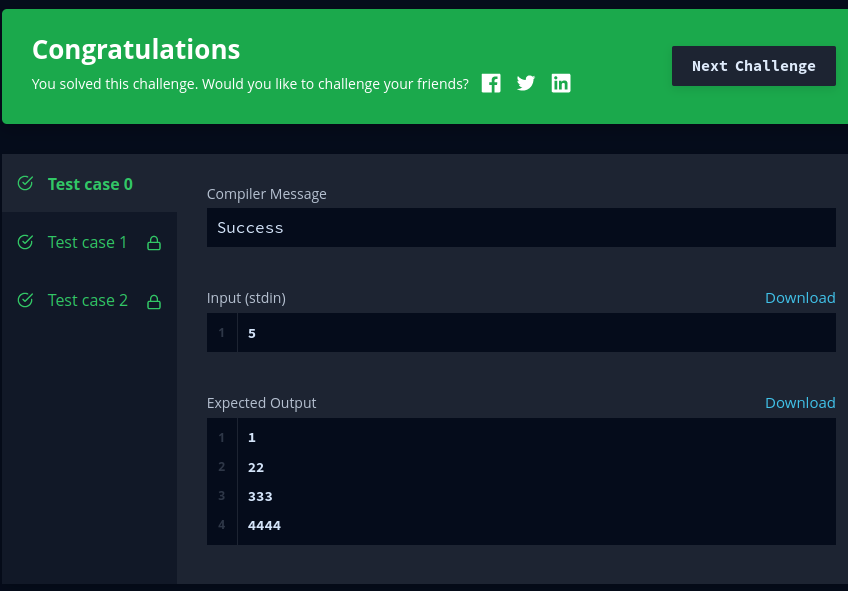 I was surprised by this one. I was expecting to encounter some problems with the constraint of only being able to use arithemtic operations. It turns out, ChatGPT caught that constraint and solved the problem without any issue.

I wanted to try another Medium difficulty problem, that added more than a single line of code. The constraints on the previous question put the problem well into "puzzle" territory, and I am not a fan of puzzles in technical interviews. The second medium question selected was Iterables and Iterators. 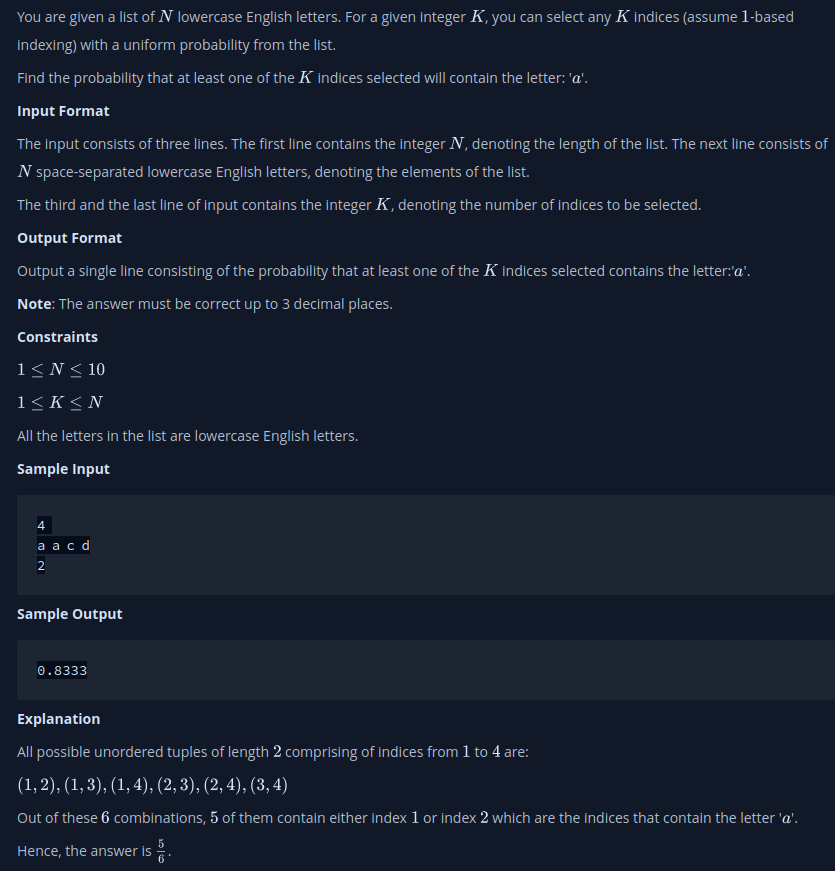 The first result returned didn't take input. Instead, it hard coded values like so:

However, the solution required taking input from STDIN, so I let ChatGPT know this by pasting in the only bit of information provided in the code here:

ChatGPT made the neccessary change and provided a new code block.

I submitted this code and it also passed each of the test cases. This solution also ignored using the n input, but did accept it as input. 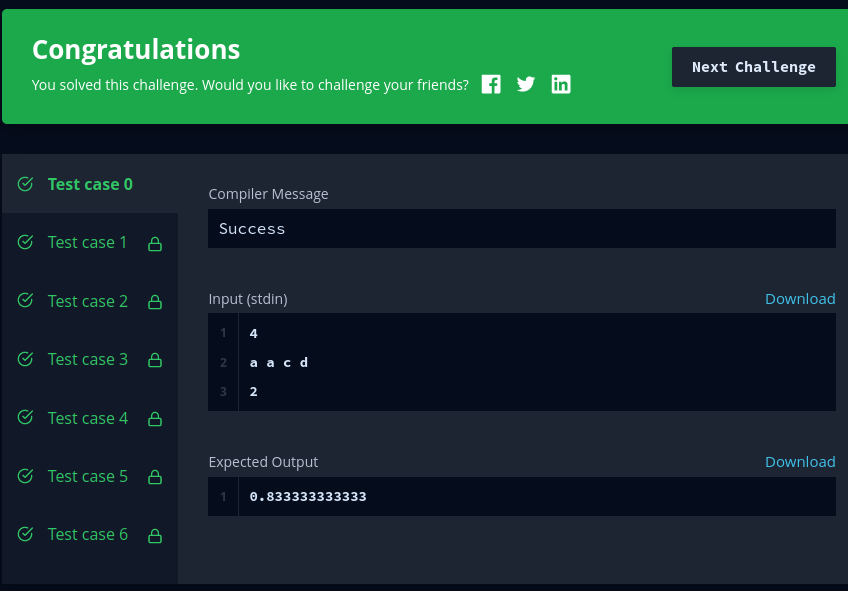 At this point, I've shown that ChatGPT can do medium level problems. So, I selected a Hard problem: Validating Postal Codes. The intersting constraint on this one is that if statements aren't allowed. The goal here is to provide two regular expressions to solve the problem. 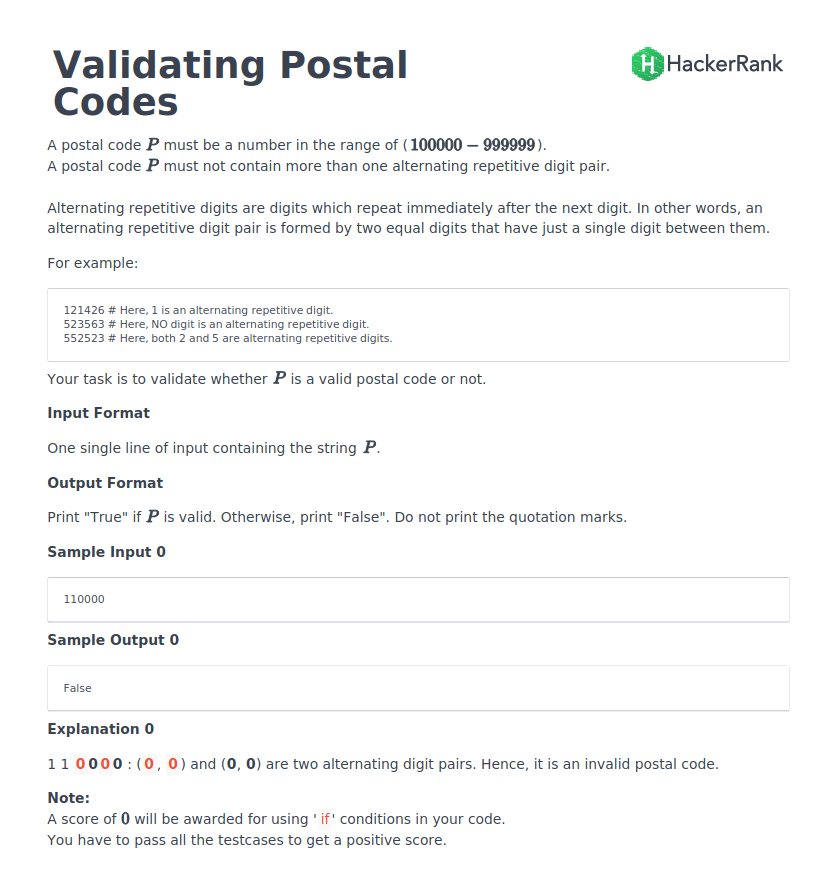 This is using a positive lookahead assertion, which ChatGPT explains as:

This regular expression will match any digit (\d) followed by another digit, with the same digit (\1) appearing immediately after that. The (?=...) syntax is a positive lookahead assertion, which means that it will only match a digit if it is followed by the specified pattern, but the pattern will not be included in the overall match. The parentheses around \d capture the digit so that it can be referred to as \1 later on.

I submitted the two regexes above, and passed the test cases. 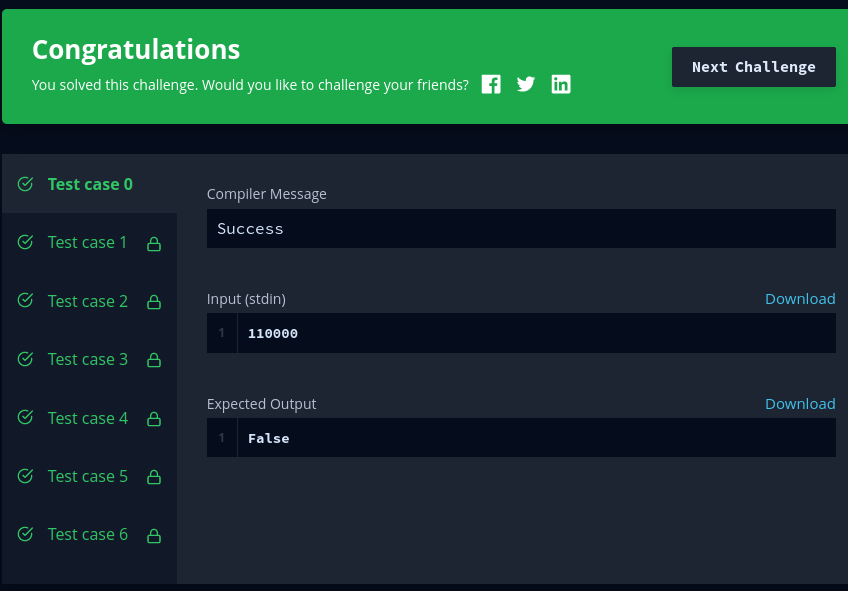 The majority of my time on these was spent cleaning up the LaTeX formatting. I mentioned a few prompt clarifications needed to solve problems in the returned code too - one required accepting user input and the other was an invalid regular expression. Pointing this out to ChatGPT got the problem resolved immediately.

This is exactly the type of thing that I'd expect an engineer to need to do with the AI assistant (or more junior engineer). Hiring processes must adapt to the existance of AI assistants. Evaluate your candidates and their ability to do more than simply write code.

Previous Post
Andy Wegner - is a father, an engineer and a computer scientist. He is interested in online community building, tinkering with new code and building new applications. He writes about his experiences with each of these.

Part 7 of the ChatGPT Commentary series