Viper's own LinuxLover, aka pheadxdll on the SourceMod forums, wrote the original version of the Roll the Dice plugin. It has provided countless hours of fun for players. After all, who doesn't love getting Toxic while standing near an enemy spawn and hearing the rage as they die immediately. It's usually worth the instant death that follows when the effect wears off ten seconds later.

There were problems though. The biggest was that the chances of getting a Good vs Bad roll were not equal. Instead, you had a roughly equal chance of getting any roll. There were 14 possible rolls. You had a 1 out of 14 chance of getting a specific effect. However, 9 of those effects were negative. Thus, you had a much higher chance of getting a negative effect vs a positive one. The other major problem was that it was very difficult to add new effects. Finally, with the released mod not being updated, and LinuxLover departing Vipers to handle his own community on the Randomizer server, it was next to impossible to get changes made.

NOTE: LinuxLover released a new version of RTD (the 0.4 branch) sometime after we had forked the version we had. The new version on SourceMod contains many of the same features we have. It does not, however, contain all of them.

The logic for how rolls are determined has been changed. There is now a list of Good Effects and a list of Bad Effects. When someone rolls, the first thing that is done is determine whether or not we are going to have a Good or Bad effect. That is a 50/50 chance. Then it randomly selects one of the effects that are active and appropriate for the player's current class that falls under the winning category. This should even out the Good vs Bad complaints.

Another change that I've added is that we can now more easily add effects. Some new effects have been added:

Because sometimes overkill is needed.

We've been testing performance of this over the last few months. Today is the day that everyone can get it without an admin being around.

For those that haven't seen it, here is one of our first tests back in November

Finally, I added in the ability to log rolls to a database so that we can find fancy stats and ensure it's rolling fairly. I'll update this post in a few months with some of our gathered stats.

Updated May 20, 2015 with link to GitHub instead of the old SVN, my apologies for missing that link when migrating to this blog It is important to note that this version hasn't been updated in a LONG time and all effects may not work any more. Specifically, homing probably doesn't work because the Sidewinder extension had been broken by a Valve update in mid-2014. Other effects should continue to work

The source code is released on Github. It requires several common modules which are all available on the SourceMod forums.

This section was updated in January 2015 after the shutdown

I don't have exact stats on Good vs Bad rolls before the rewrite, but we started logging all rolls with the rewrite. This is the split of Good vs Bad. I am very happy with an almost exactly 50/50 split over nearly a million RTDs. 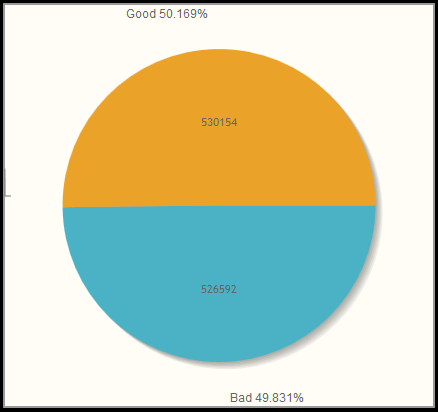 Class with the most RTDs¶

Solider was the most popular class on the crit server. The images below show number of times our soldiers got certain rolls. Note that God Mode is low because the community decided having both God Mode and Powerplay was redundant. They decided to keep Power play. God Mode was disabled about a year after this version was released. Homing is low because it wasn't implemented until about 18 months after the initial release. 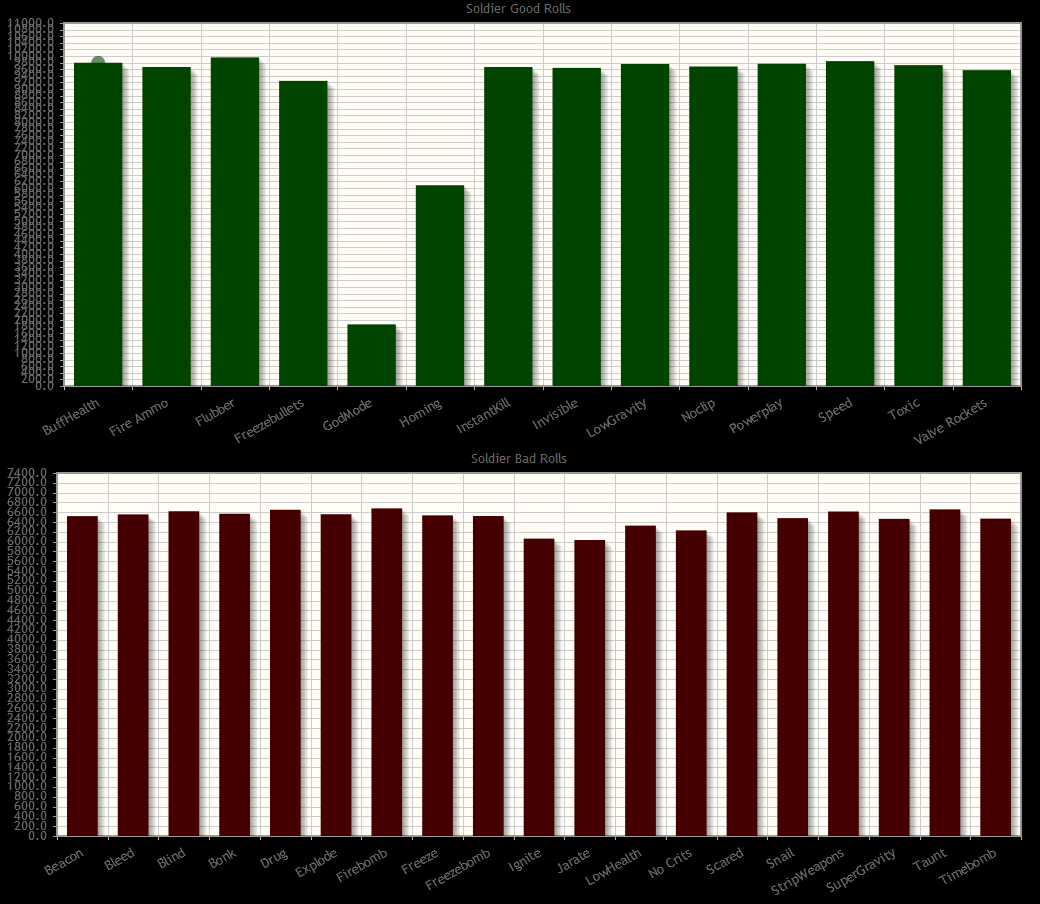 Class with the least RTDs¶

Medics rolled RTD the least number of times. This means sense for two reasons. First, they were not a common class on the crit server. When nearly everything is one hit, one kill, it's very hard to build uber. Second, when you do try to build Uber, ruining it with a 50/50 shot at getting a bad roll isn't good for the team. The low God Mode and Homing results are the same here as they were for the soldier.